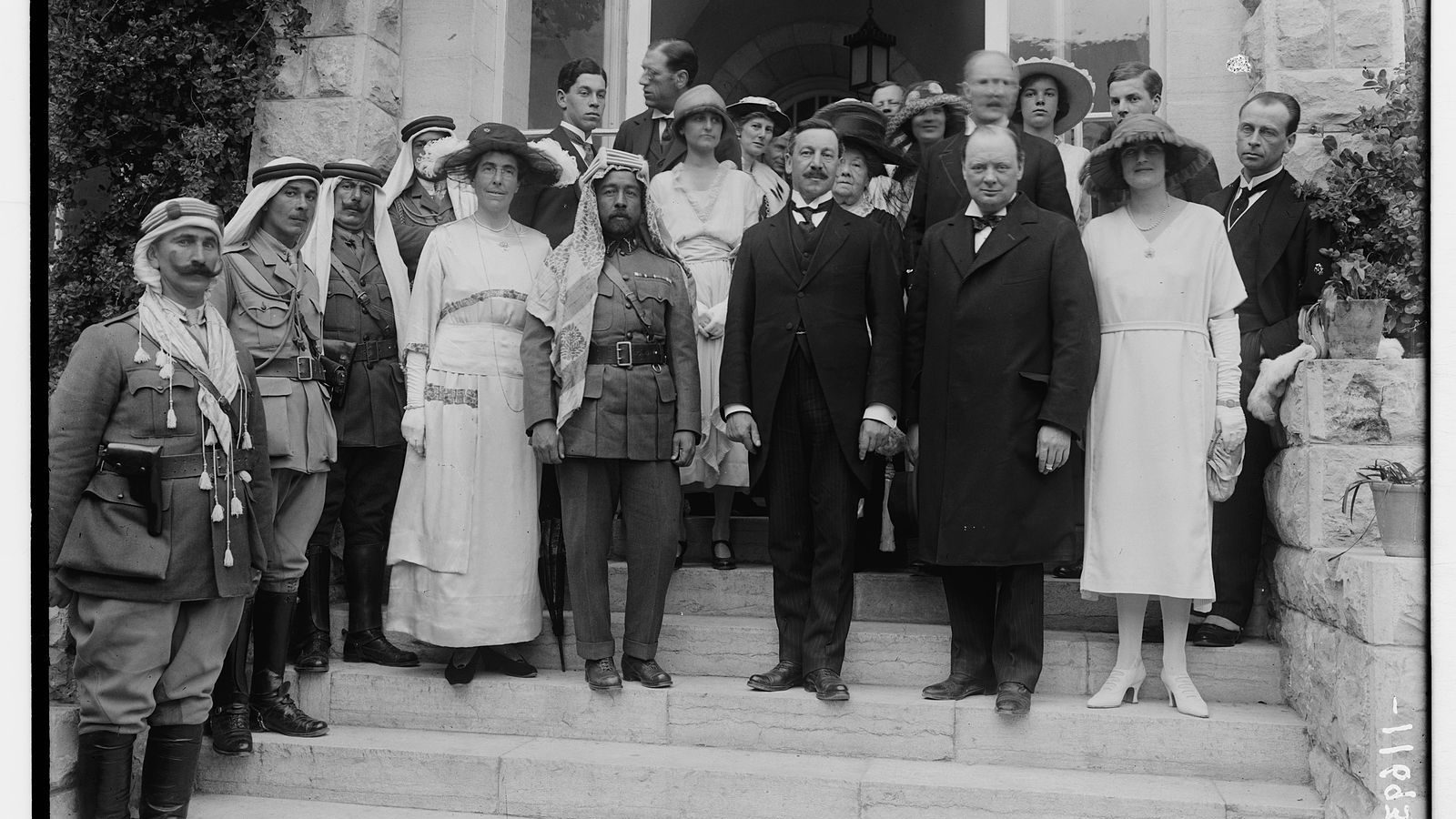 The Sir Martin Gilbert Learning Centre was delighted to host Lee Pollock (International Churchill Society), who delivered a talk on Churchill and the Jews on 23 November 2021. We had a huge audience tune in from around the globe to hear about the iconic Prime Minister’s relationship with the Jewish community.

Lee Pollock began his talk by describing how, at a time when antisemitism was rife in Great Britain, Churchill would become sensitive to Jewish concerns when he represented a constituency in Manchester in the early twentieth century. It was at this time that Churchill first encountered Zionism, most notably befriending Chaim Weizmann, who was at that time based at Manchester University and would go on to become of the first President of Israel.

We heard how, politically, Zionism was a divisive issue in British politics, with many expressing sympathy for Arab concerns, and how the Government’s introduction of the Palestine Statement of Policy (a document which limited Jewish immigration to Palestine) would have a profound impact in those seeking to flee Nazism in the coming years.

While Churchill continued to speak and write in support of Jews and Zionism, he stopped short of arguing in favour of opening up immigration to Palestine.

To conclude, Lee Pollock presented a portrait of a man who spoke vocally in support of the Zionist cause, even when it was politically unpopular to do so. However, for a man of action, he achieved very little to materially improve life for the Jews in Nazi-occupied areas and those seeking a new life in Palestine. Under myriad other pressures, Churchill arguably had critical situations to deal with in Great Britain itself but, as Lee Pollock asserted, even Churchill’s most ardent admirers wish he could have done more, even if his efforts might have been in vain.

You can view the full recording of Lee Pollock’s talk on our YouTube channel: https://www.youtube.com/watch?v=HtUdiPAsgWc&t=111s

Lee Pollock will return to the Sir Martin Gilbert Learning Centre on 23 February 2022, with a talk on Churchill and the Royals. Book you free place here: https://sirmartingilbertlearningcentre.org/event/churchill-and-the-royals/