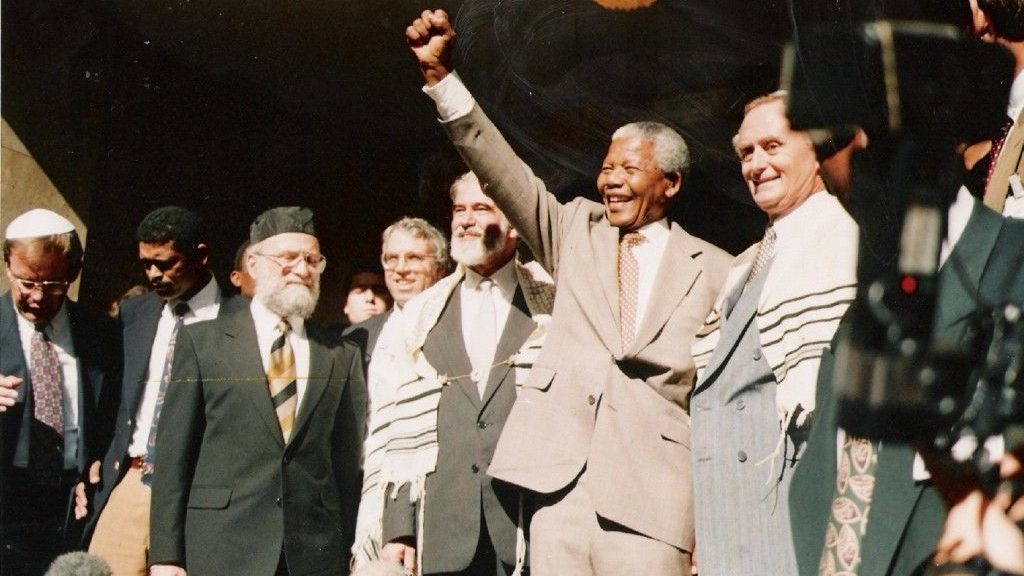 On 21 October 2021, Shirli Gilbert – Professor of Modern Jewish History at UCL and Director of the Sir Martin Gilbert Learning Centre – gave the Michael Goldmeier Memorial Lecture. The talk was in collaboration with the Institute of Jewish Studies at UCL and drew a large international audience. Professor Gilbert spoke about German-Jewish refugees in South Africa, a fitting topic since Michael Goldmeier was the child of German-Jewish refugees himself.

We learned that around 6,000 Jews arrived in South Africa from Germany between 1933–1939. Some chose South Africa due to family ties, but the majority of those arriving had chosen the country simply because it was one of the few options remaining to them during this period. Most arrived with very few belongings and little idea of their destination: many of those travelling to South Africa expected to see lions and other wild animals walking in the streets.

What they met was, certainly in retrospect, a society not entirely different from the one they had left behind. Facing the challenges of leaving behind their roots, their homeland and their extended family, learning a new language and finding their feet in unfamiliar surroundings, the Jewish refugees also encountered a fairly hostile existing Jewish community (consisting mainly of eastern European Jews who had arrived at the turn of the century) and rising antisemitism in South Africa.

Facing some degree of hostility, therefore, the new arrivals tended to keep to quite close-knit social circles – indeed, the shared voyage to South Africa often proved to be the start of lifelong friendships between passengers.

Although they retained close links with other German-Jewish refugees, most new arrivals were anxious to prove their loyalty to South Africa from the beginning: learning the language, teaching it to their children and serving in the Armed Forces. The idea that Jews were “unassimilable” had been circulating in South Africa since the 1920s, and the waves of new arrivals inflamed antisemitic sentiments. There were demonstrations when The Stuttgart, a ship carrying more than 500 Jewish immigrants, docked. A new Aliens Act was introduced in February 1937, reducing immigration to a trickle; the outbreak of war in 1939 brought it to a halt.

For those who fled to South Africa, it soon became apparent that discrimination and inequality was rife. Some of the arrivals, such as Harry Schwarz, Franz Auerbach and Ruth Weiss, were outspoken in their criticism of apartheid, with Weiss commenting: ‘Black under apartheid – Jews under the swastika. Was it all that different?’ Yet, not all of the German-Jewish refugees drew parallels with the situation in South Africa and what they had experienced first-hand in Nazi Germany. Many lacked a knowledge and understanding of

South African history, while others refused to engage in what they considered political matters.  Many German-Jewish refugees gradually adopted the values and terminology used by white South Africans and there was a tacit acceptance of the status quo.

Some may question why these victims of discrimination did not speak out in support of other victims of discrimination, but it must also be acknowledged that German-Jewish refugees were often too preoccupied with their own struggles of survival to be concerned with institutionalised racism. Many felt incredibly grateful to South Africa which, at a time when most other countries closed their borders to them, had been a place of refuge.

With her usual flair and verve, Shirli Gilbert, delivered a fascinating talk. This was a brilliant introduction to the seminar series she is running at the Sir Martin Gilbert Learning Centre on Jews in South Africa.

You can view the talk on our YouTube channel: https://www.youtube.com/watch?v=VYCcdn55r9Y&t=157s